It’s finally stopped raining in Boggy Marsh Garden and Lolly decides to go outside to play with her skipping rope.  Lolly loves to count how many skips she can do. As Lolly does up the buttons on her coat she notices one of the buttons is missing. One, two, three…but where is button number four? Lolly looks on the floor,  but there’s no button there. She asks Mummy if she knows where it is but Mummy is too busy mending the rocking horse to help her look. “Have you asked Twiglet?” Mummy asks. Twiglet is sitting at the table drawing. “Look at my ladybird garden” says Twiglet holding up his picture.  “It has a path leading to the pond.” “That’s nice Twiglet, I like your flowers and bull rushes.  One, two, three flowers and one, two, three, four, five bull rushes.” counts Lolly carefully. “Twiglet have you seen my missing button?” asks Lolly pointing to her coat. But Twigglet isn’t looking he’s too busy colouring in his picture. Lolly decides to ask Daddy if he has seen her missing button. “Hello Lolly.” says Daddy “I’m just cutting up some apple for Jim, do you want some?” “Yes please.” says Lolly,  “Have you seen my missing button Daddy?  Look, I’ve only got  one, two, three buttons. It’s meant to have four.” “Oh dear!” says Daddy “That won’t do.  Let’s look in the button tin.” Lolly and Twiglet love the button tin.  Inside it has lots of ‘spare’ buttons.  Lolly likes to count them and Twiglet likes to put them in order of size. But there are no buttons that look like Lollys’ missing one. “More apple, more apple.”  shouts Jim from his high chair. “Sorry I can’t help you Lolly.”  says Daddy as he passes Jim another slice of apple.  “Have you asked Mummy and Twiglet?” “Mummy is mending the rocking horse and Twiglet is drawing a ladybird garden. Nobody has seen my missing button.” Poor Lolly. Twiglet has finished colouring in his picture. “Look at my ladybird.”  calls Twiglet as Lolly walks by. “She’s walking to the pond!” “My button!”  cries Lolly, “Your ladybird is my button!  Clever Twiglet.”  says Lolly hugging him. “But I found it and stuck eyes on it so it’s my ladybird.”  cries Twiglet. “You can keep it to play with for today” says Lolly kindly, “But I will need  it back.  We could look in Boggy marsh Garden for a real one if you like.” “Ok,” says Twiglet, “But later. I want to play with this Ladybird now.” “That’s fine.” says Lolly sweetly. “At least my missing button isn’t missing anymore!” 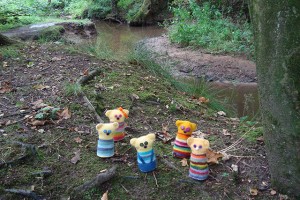 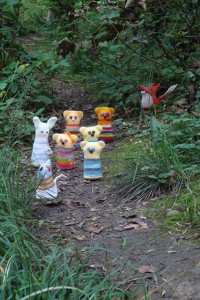 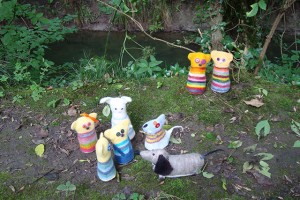 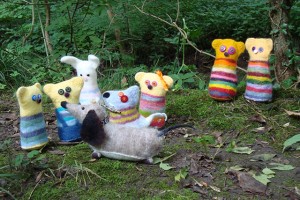